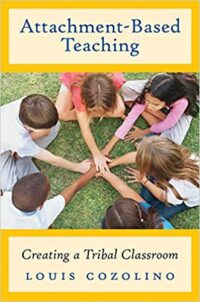 As a longtime middle school English Language Development (ELD) teacher, I have observed a curious phenomenon. Many students will bond to me early in the year as I empathize with their difficulties and frustrations at having to learn a new language through a scripted curriculum, and the need to adapt to a foreign culture. This bonding often creates a lovely and cohesive feeling in our classroom, especially when our numbers are low and the learning styles and personalities of the students and myself are compatible. But, by midyear or sooner, students begin to bond to one another, and often will rebel against my efforts to teach them a language that they seem to find unappealing, harsh and dry in their ears, and mouths. This rebellion, if and when it comes, still surprises, and frustrates me. But perhaps it should not.

In Attachment-Based Teaching: Creating a Tribal Classroom, Louis Cozolino proposes, and delivers, a challenging but surmountable route to create and maintain a classroom where “secure attachment” becomes possible and desirable for both students and teachers. This concept, drawn from the psychology of object (parent-child, therapist-client) relations was not taught in my teacher-training program. But, I believe that it is part of what effective teachers have intuitively embraced. Cozolino defines secure attachment as “the ability to be soothed by others and to experience safety through proximity. In the classroom, secure attachments to teachers and other students optimize the ability to learn” (p.10).

Cozolino’s daring work did not, at first, engage me viscerally. His writing speaks its truths in a quiet unassuming prose style that lets the ideas do the prodding or, at times, pushing. This includes his grounding in brain research, which supports the Jungian and depth psychological views in my background and reaches the same conclusions—we deny our biology and that of our students at our own peril.

Perhaps his main thesis, or the underpinning for his orientation, lies in the mismatch between the focus of our modern world and the ancient roots of our brain’s evolution. He says early on, “The disparity of our biological and cultural clocks has resulted in a dilemma—tribal brains navigating modern culture” (p. 29). A simple table entitled “Tribal Versus Modern Society” (p. 29) makes this split patently clear. Yet, the rest of his book lays out avenues by which to heal, or undo, very many, if not all, of these dichotomies. While many of the ideas are not new, for example, “Democratic decision making” versus “Imposed and enforced rules” as a way of student empowerment and engagement, his roadmap, rationale, and interweaving with other tribal strands are. With them, Cozolino weaves a structure that feels supportive, encompassing, and necessary.

He proposes “Four Key Aspects of Learning,” (p. 36), namely “Safe and Trusting Relationships; Low to Moderate States of Anxiety and Arousal” (p. 36); “Thinking and Feeling;” and “The Co-construction of Narratives” (p. 37). All of these, he supports with brain research and knowledge of the brain’s evolution. He asks educators to reflect, via the “Reflection Box,” how much time we spend on, or “invest in your students as people living in the world” versus “the content of your teaching” (p. 39).

He proposes nothing less radical than standing teaching on its head: curriculum must be interwoven with “team- and relationship- building exercises” rather than the other way around (p. 39). Teacher and pupil should be placed “at the center of the educational experience” and teachers should “include a focus on self awareness, compassion, and empathy into lesson plans” (p. 39). Then he goes on to give the practical nuts and bolts directions to implement this audacious plan.

Cozolino weaves a sturdy vessel of ancient spokes and base interwoven with modern strands. Yet, this question entered my mind: Will teachers have both the self-confidence, the faith in his methods and research, the courage to take the first steps that he outlines? To, in effect, step backward in time to a tribal past, while still pursuing the agenda proposed by the educational establishment at this juncture in history? When our curriculum demands time, can we justify its demotion in favor of the humane and emotional, the connected, and empathetic? Whom do we serve–the student and his or her humanity, as well as our own, or the “industrial model” of education?

Also, one of Cozolino’s prime insights—tribal classrooms should have small numbers of students—does not jibe with budget constraints experienced in many parts of this country. Large numbers of students, by necessity, divide a teacher’s attention. In addition, teachers at the secondary level have at least five times the number of student contacts daily as elementary teachers—a challenge in building and maintaining meaningful connections.

But he does propose ways and means to create smallness within a large group setting. Grouping is not a new idea, but its goal here is a crucial one.

I have made personal connection a goal in my classroom, but it has become more and more difficult as my students have arrived more traumatized, or otherwise seemingly closed to connection.

I have made personal connection a goal in my classroom, but it has become more and more difficult as my students have arrived more traumatized, or otherwise seemingly closed to connection.

Cozolino’s humility, and his insight are often paired. In chapter two, for example, he says “there are countless books and websites” that give team- and “tribe- building exercises,” but he goes on to say, “no book can create the tribal center of gravity established by the teacher in chief” (p. 43). He encourages the exploration of “family histories” and other means for children to become self- and culturally- aware. He also promotes the study of actual tribal cultures as a way to understand the orientation of the tribal classroom that the students, teacher, parents, and administrators co-create.

Storytelling, as I noted earlier, plays a large part in the tribal classroom. He speaks of children whose “brains, minds, and hearts have been turned off” (p. 49). Stories are a way to re-engage these students by connecting them to the characters’ struggles and successes.

To create a tribal classroom may require a significant change of attitude on the part of a teacher if s/he is anything like me. For my first twelve years as a multiple-subject elementary teacher, and for the past thirteen years as a middle-school ELD teacher, I have often begun my school year with a single metaphor in my mind: that of moving an ocean-going vessel, a ship. My job was to captain this behemoth, of course, and to get it out of port and onto the open ocean. This feels like a massive undertaking every year because, for better or for worse, I have expected to travel alone without a crew, except for during my early career when an instructional aide was provided and could offer assistance.

My students, in this scenario, are passengers who have been booked passage against their will with no say on the itinerary, speed of travel, or destination! I must add that, as often as I can manage, I do remove the captain’s hat and don the activity director’s hat to give them choices: swimming or shuffleboard?

Now, as I think about using Cozolino’s Attachment-Based Teaching: Creating a Tribal Classroom as a guide, a new metaphor enters my consciousness that may help me to reframe my attitude: sailboat crewmember. Unlike a ship, a sailboat would need to be sizable, but not a behemoth and would require a close-knit crew. It would also need wind. In this metaphor, sailing with the winds of reform would be relatively easy. But to sail into the wind, against the wind, would require more effort on the part of the crew. In this metaphor, the students are not passive passengers, but crewmembers who help the boat to tack into the wind—a zigzag route. As crewmembers, they would help to create a climate, a sea-code that would guarantee safe arrival of all members and equal respect for all.

In this scenario I would still remain captain, the adult in the vessel, with a desired and intended destination. But the itinerary, the speed of travel, the rotation of crew assignments could all be co-created by students. In this scenario, no one can really be passive, but must take an active role. When our route coincides with a so-called reform agenda, sailing would be easier. But if we are to transform our classrooms, we may spend some time tacking into the wind, and that will have to be a risk work taking. Among these transformations would be service-oriented projects that can be “directed toward a goal for the members of the class or a project that serves others (p. 42).”

We may undertake a “heroic journey,” as Cozolino discusses (pp. 186-191). It may seem to take us off course, but will ultimately lead to a destination where we will arrive with a sense we have created our journey together, endured challenges, weathered storms, grown as fellow travelers, but arrived safely as a bonded and cohesive team, or better, a tribe.

I highly recommend that you take this journey with this essential and timely guide. I believe Attachment-Based Teaching: Creating a Tribal Classroom by Louis Cozzolino to be both practical, and potentially transformative for teachers, students, and therefore, to society and its future. 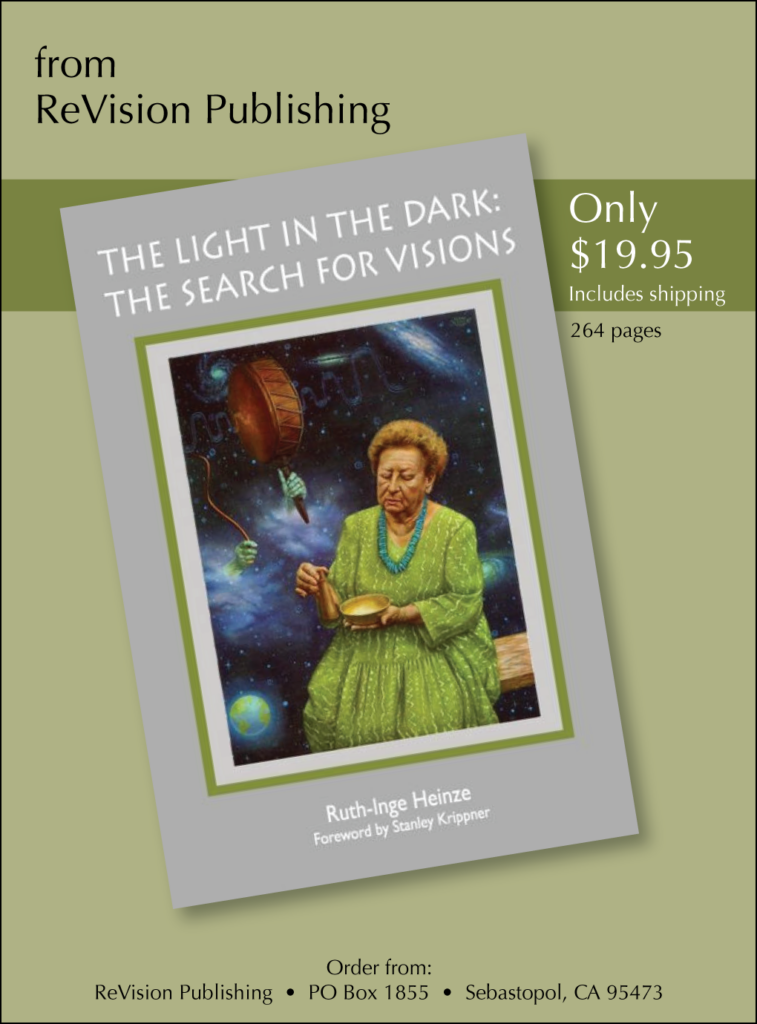