Myth of the Earth 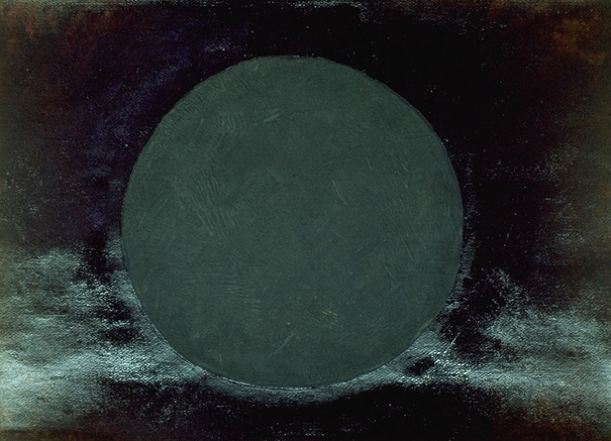 The mysterious dark matter, mother of the universe, was pregnant for eons, while she grew and nurtured the unseen future within her.

There once was a black hole in the universe that contained so much matter and energy, it had to explode. Dark matter gestated until its inner energy reached its capacity to explode, bringing forth new forms of itself. 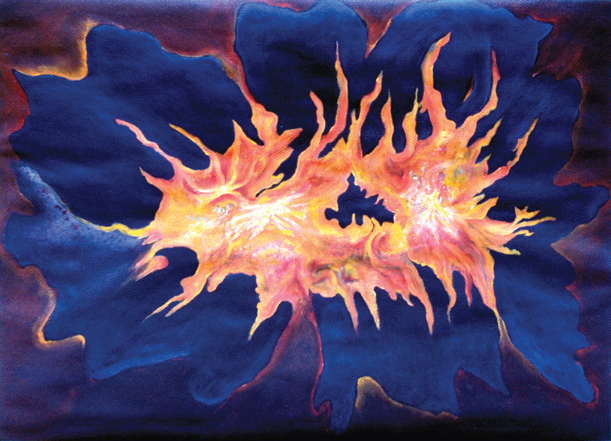 The dark hole spewed out into the unknown with everything else that became part of our universe. The paradox is that the darkness contained all that we came to know and still try to understand.

That explosion was a big bang that spewed out a fiery mass, creating what Plato called “Ylem: the stuff of the universe.”

Light and dark evolved from the one source. Light was scattered in the darkness and it was all one.

That fiery matter was dispersed throughout the darkness, where it became transformed. 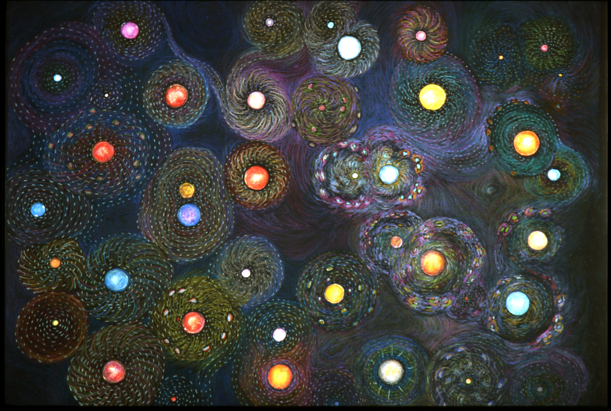 Matter and energy continued to unite, explode and transform, giving birth to the sun and stars, meteors and planets. Lights were scattered throughout the darkness.

Out of the dense, compressed, dark hole of the Universe, our precious planet was born. 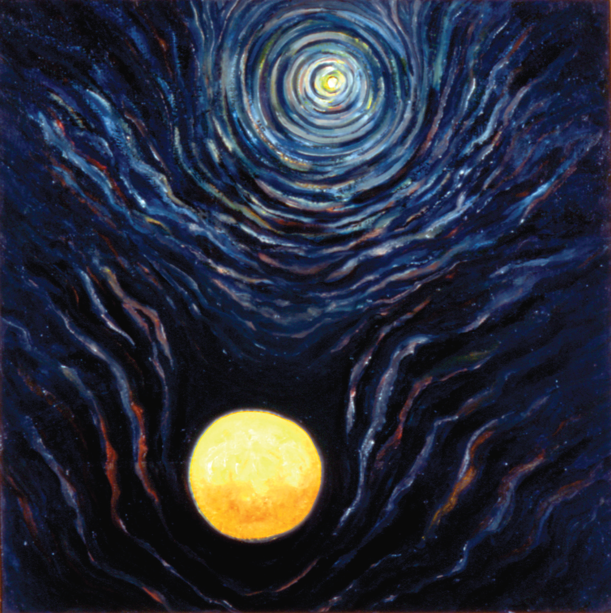 Earth had a cosmic birth. Earth was born in the explosive exit from the black hole and separation of the stuff of the universe. 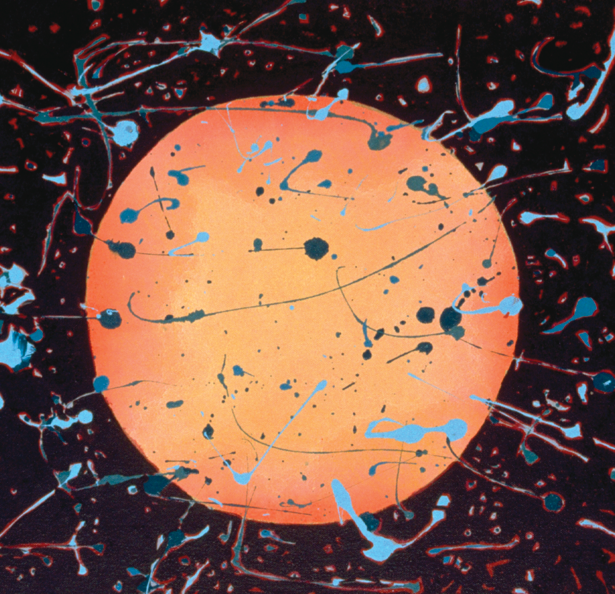 The planet Earth was born as one of many, balls of fire. The Earth’s surface was hot and fiery for a very long time. To this day, the belly of the Earth is still as hot as its crust was in the beginning. Sometimes the heat and pressure are so intense that red hot lava blows out of volcanoes in different parts of the world. 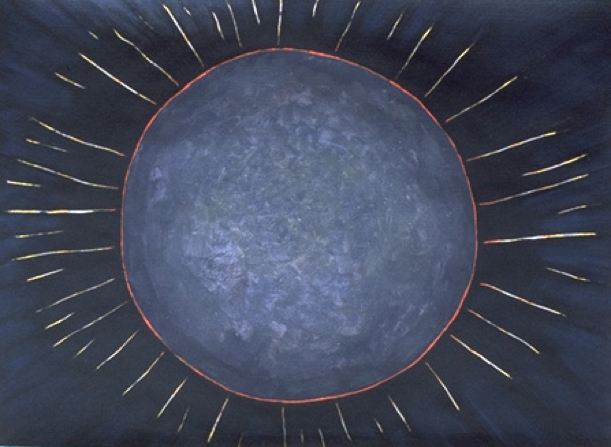 It took a very long time for the earth to cool. The rotating core of the planet caused a magnetic field to form around the earth. The presence of the magnetic field trapped particles sent from the sun and created colored light forms near the poles that are called the Aurora Borealis. 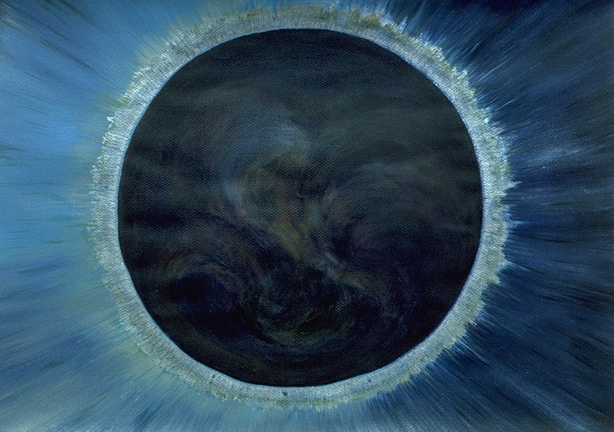 As the planet cooled, the magnetic field interacted with light, hydrogen and oxygen atoms. Water formed in the atmosphere that fell as rain and flooded the Earth. Many small life forms were born and evolved in the water.

Eventually, landforms arose through the water and adventurous life forms learned how to breathe air. Some grew legs to walk on the Earth as well as swim or float in the sea. 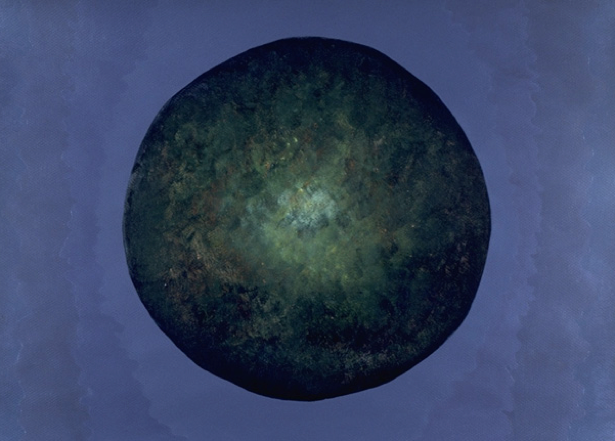 The planet Earth now had land and sun, water and carbon dioxide. As a result of the prehistoric fires and water, diverse, complex atoms allowed the formation and support of many kinds of plant forms. The growth created a green planet. A great diversity of plants covered the Earth. From tiny algae and ground covers, bushes and trees the planet was transformed again. 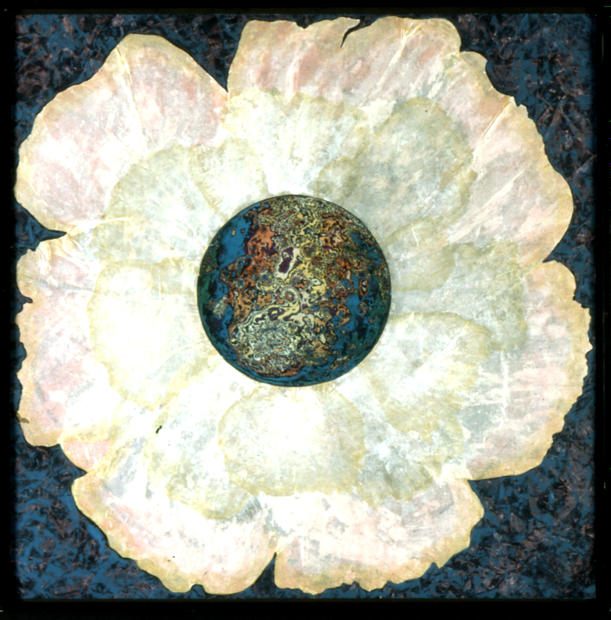 When the Earth had reached its peak of maturity as a planet, it was full of diversity and blossomed with its many life forms.

Human civilizations that began as simple communities, grew to enormous numbers and complexity that caused them to collapse. Some cultures overcame problems that overwhelmed others. Eventually, there arose the question of whether or not the planet was now on the brink of collapse or at the edge of a transition to a new form, a new way of life. 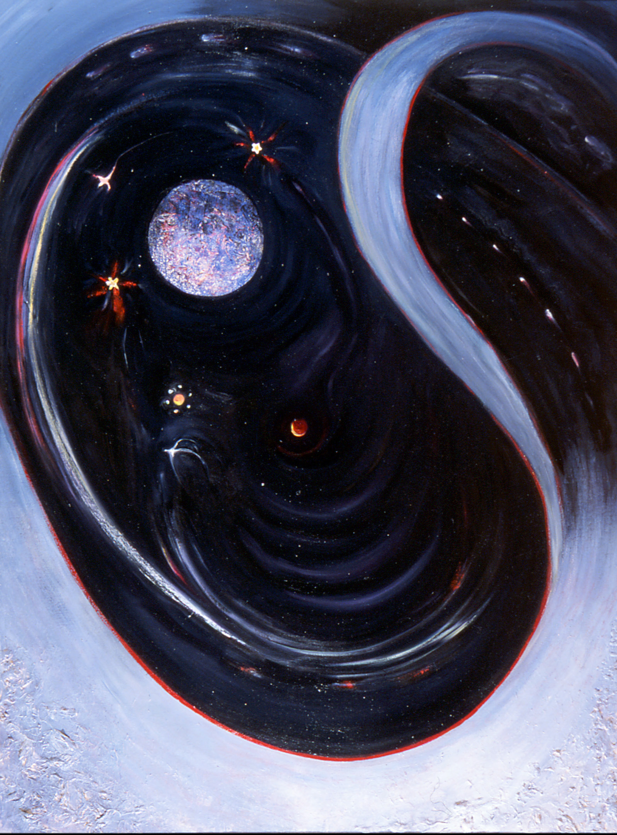 The sun can continue to support life on Earth for about 2000 million years into the future. Though none of us can predict the future, each of us is free to choose our contribution to the circumstances out of which the future will arise. 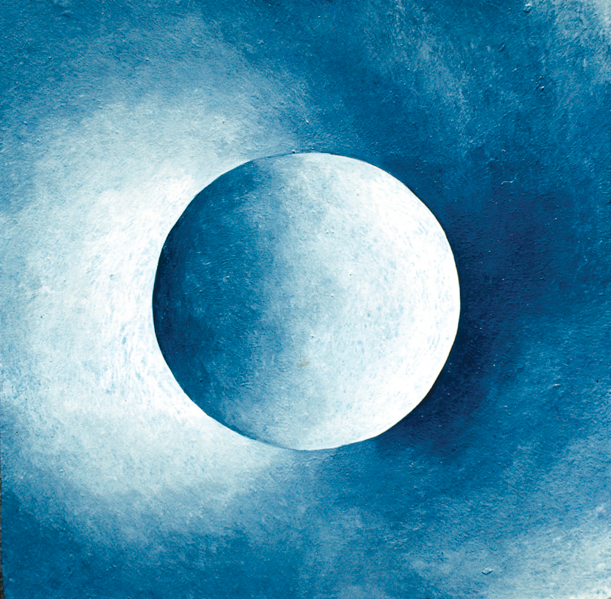 Physicists theorize about a distant future period of entropy. This would be a time, long after the sun had enlarged, exploded and burned out. There would be no energy available for the planet. The Earth might become like our familiar moon.

Entropy might manifest itself on the planet Earth as a global sized luminous pearl. By living through its many stages, the planet may be ready to return to its source. Matter returning to Energy. Unity and oneness could be the fulfillment of all things past. 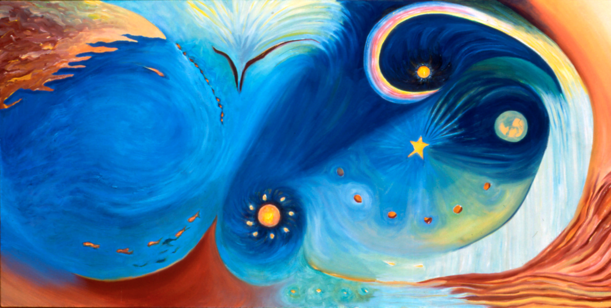 Be not afraid of death or the return to oneness. All that was created will have a new form. It is part of the creation cycle. It is destiny.

Lorraine Almeida holds a BFA and MFA from San Francisco Art Institute with forty years of painting as a form of meditation. She has taught art to people of all ages and abilities, including disabled persons, seniors and college students. She now offers studio workshops as well as private classes. Her art has been exhibited at the Oakland Museum of California, Bolinas Museum, Gallery Route One, Richmond Art Center, and at galleries in the Bay Area, Arizona and Montana. In 2010 she published “Myth of the Earth.” As long time meditator of 30 years, the last 6 years with Eknath Easwaran’s method, she presently hosts a weekly satsang for local meditators.