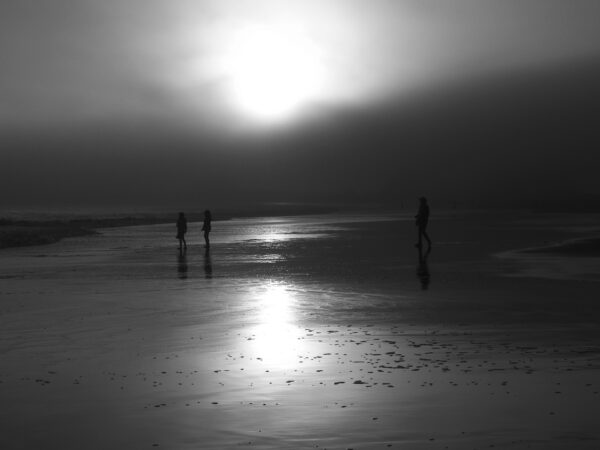 Precarious, the poet’s stance—one foot in this world,

one foot in the next. Double, the poet’s vision,

way, and that: Outwardly, a numinous reality,

larger than Nature, shining through the transparent

mysteries, transfigured; inwardly, the shape of

my own depths rising up from the abyss like so

fleeting, ephemeral. There is something quite strange

going on here, between the worlds: a mysterious

itself. Along the seamless encountering of

form and formlessness, along the shifting horizons

of appearance and disappearance, along the

void of things, in the infinite shapes of

nothingness—along the invisible thresholds of the

double-world, between the I and not-I, the naked

image assails me from within, from without,

eternal. A seer, a seeing, and a seen, an

unfathomable, unified field of being and

becoming where, sometimes, I find myself looking

at things and see them looking back at me. And

with this sudden intuition, what is there left

on which one can depend? So precarious,

the poet’s stance—gazing inside out, and outside 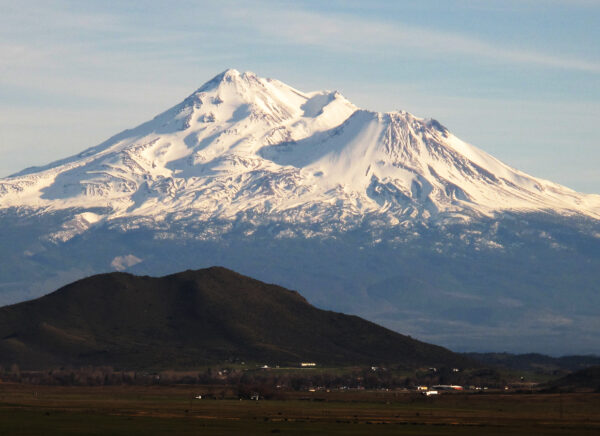 Beneath the shining snowy heights of
Mt. Shasta, wreathed in clouds and pale blue

sky, the wind sings nature’s secrets in a
torrent of whispers through a stand of

ancient pines. A raven’s black call is
answered in the torrid noonday sun.

performing an ancient rite, a
strange circular dance—floating in

soft spirals on invisible wind trails
over the valley exploring the

R.L. Boyer is an award-winning poet, literary author, and screenwriter. Boyer is also a depth psychologist and scholar of symbolic-archetypal imagery in mythopoeic storytelling. He is currently a doctoral student in art and religion at the Graduate Theological Union and UC Berkeley.