The Shamanic Heart of Education 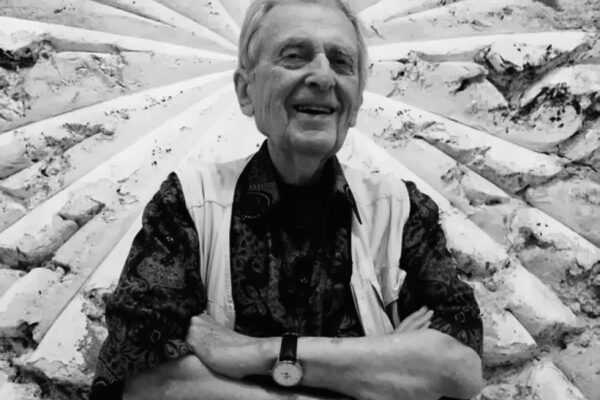 There is a bridge between shamanism and education. I have spent some time studying Indigenous people, and reading about other people’s work with Indigenous people. There is a stereotype that Indigenous people today and prehistoric people as well, had a very, very hard life. It is said that they spent morning to dusk hunting, looking for food, foraging, and fighting enemies. Well, that stereotype isn’t quite true.

By and large, Indigenous people spent more time playing than we do today. Yes, they went out and hunted. They picked fruits and berries, and once agriculture began they planted gardens. But, they actually spent as much or more time in recreation than they did working. And, even at that, there was no firm dividing line between working and play because they enjoyed what they did. Very often in Brazil, when I am invited to visit Indigenous people, they tell me, “We want to show you one of our games.” You would think they would want to show me some of their artifacts, some of their implements, and some of their tools. No, they want to play; they want to show me some of their games.

There is a connection between the travails of modern civilization and the lack of time we have to play. It is always very discouraging to me to see how schools are cutting down art and music classes. They are even cutting down recess. They are even shutting down recreational activities, so that students can spend more time passing exams to get into college. I am not implying a cause and effect, but as the amount of recess time has gone down, the amount of mental illness in children has gone up.

In the early 1960’s when I was out of high school, out of college, and preparing to do graduate work, I spent a couple of years in special education classes, working with children who had difficulty learning. At that period of time, it was felt that this was a result of poor parenting. It was believed that their absent fathers and their domineering mothers had created blocks to learning. That didn’t make sense to me because I had met the families and the families did not match that stereotype. But I did notice that the children probably had special needs that were not being met in schools. Many of the children had trouble concentrating. They were what we would call today hyperactive. This was before the days of Ritalin, so the children were sent to psychotherapists. The possibilities of faulty teaching or of divergent learning styles were largely overlooked.

Stanley Krippner received his Ph.D. in Special Education from Northwestern University. He is a professor of psychology at Saybrook University, in Oakland, California. He is a Fellow in five APA divisions, and the past-president of two divisions (30 and 32). Formerly, he was director of the Maimonides Medical Center Dream Research Laboratory, in Brooklyn, New York. Krippner is a pioneer in the study of consciousness, having conducted research for over 50 years in the areas of dreams, hypnosis, shamanism, and dissociation, often from a cross-cultural perspective, and with an emphasis on anomalous phenomena that seem to question mainstream paradigms. He has written over 1200 scholarly articles, chapters, papers, publications, and books.

When I was at Kent State University, after I received my PhD in special education, we had a summer reading clinic for children who had trouble reading. I gave parents the option of letting me use hypnosis with some of the children. This was the way that I could think of helping them relax, focus, and concentrate.

I also worked with graduate students who were the tutors, and taught them ways of evaluating the learning modes of these children and gearing instruction to those modes. At the end of the summer we did a simple statistical test to measure academic gains; as a group, the children gained as much in the summer school in terms of improved reading scores, than they would have gained in an entire year of school. So the whole summer school program was a success. We did this every year I worked at Kent State University at the reading clinic. However, the hypnosis children did even better than the other children. Was it hypnosis, was it the placebo effect? Was it because the parents who permitted this procedure had more novelty and innovation in their home life? We did not know, but I published several articles in educational journals so that this program would be a matter of public record. These articles are still cited. Much better studies have been done with larger groups of participants and better control groups. In general, hypnosis, relaxation, focusing, and mindfulness can help children learn better.

These studies were conducted before Ritalin and other forms of medication became the panacea for children with attention deficit disorder (ADD) and attention deficit hyperactive disorder (ADHD). From the beginning, I took the position that medication should be the last resort, not the first resort, and that it be temporary not permanent. In prehistoric times, hyperactivity may well have served an adaptive purpose in keeping people vigilant, especially if enemies and wild animals were in the neighborhood. These dangers no longer abound, at least not in the form that existed in prehistoric times. But the legacy is still in our genes.

Jean Millay has been a pioneer in the use of biofeedback and neurofeedback to assist children with ADD and ADHD. These technologies have never caught on in school, despite the fact that they provide children a way to monitor themselves, and learn how to focus and pay attention. Just as I often taught college students self-hypnosis, trained instructors can teach students of various ages such skills as visualization, relaxation, and mindfulness. And these skills can be taught in the spirit of play.

During the years when I worked at Kent State University, I not only relieved parents of their concern that maybe something they had done was creating problems for their children, I said, “These learning disability children probably have brains that are different than other children’s brains and instructors need to teach them differently. As parents, you need to help your children regulate their own behavior, and assist them to focus, to pay attention, and to concentrate.”

There were a few parents whose children had been diagnosed as autistic. This is back in the days when a psychiatrist by the name of Bruno Bettelheim wrote a book called The Empty Fortress. He concluded that autistic children result from mothers who cannot give their offspring love. They erect a wall between themselves and the child. So they are empty fortresses, there is nothing inside. Can you imagine that such nonsense was taken seriously?

In prehistoric times, hyperactivity may well have served an adaptive purpose in keeping people vigilant, especially if enemies and wild animals were in the neighborhood.

Tens of thousands of mothers across the country felt guilty. They were blaming themselves for their child’s autism. A few of these parents came to me. I told them, “No, you are not fortresses, empty or otherwise. Your child’s brain is different from those of other children. You might say that the wires in their brain are mixed and crossed in an unusual way.” They would tell me, “Oh, I am so relieved! The psychiatrists have been telling me that it is my fault.”

Now, of course, we have ample evidence that Bettelheim was wrong, and not only I but many pioneers, such as Bernard Rimland were right. There was a psycho-neurological basis for autism. We still do not have all the answers but at least, medical authorities are no longer blaming mothers. And that is good news!

So how does this tie in with shamanism? Shamans are socially sanctioned practitioners who obtain information in ways not available to other members of their community. They use this information in the service of their community and its members. Children with ADD and ADHD, as well as autistic children, are not shamans. But they require instruction that differs from what is provided to their peers. They do not receive this instruction from the so-called “spirit world” as do shamans. But, like shamans, they need to regulate their attention. When anthropologists note that shamans enter into “altered states of consciousness,” they are saying that shamans are using their attention to observe the world in ways that are more precise, or more global, or more inner-directed, or more outer-directed than what is utilized by other members of their tribe or their clan. Children with special needs require instruction in regulating their attention and concentration so that they can learn those academic and social skills that will help them become assets to their communities and to enhance their own self-acceptance.

In summary, the heart of shamanic education is to obtain training from a variety of sources, and these sources need to cater to the special ability of shamans. The heart of special education is to help children obtain training from instructors who cater to the needs – and the brains – of these children. In both instances, these exceptional people can assist their peers and their social group, as well as take pride in their own accomplishments once they have actualized their unique potentials.